The state schedule for standardized testing has wreaked havoc with my spring calendar.  Instead of teaching students about aquatic invertebrates,  I spent yesterday afternoon wandering around the wetlands at Mission Creek Woodland Park.  I was looking for Spring wildflowers, but I found something even better. 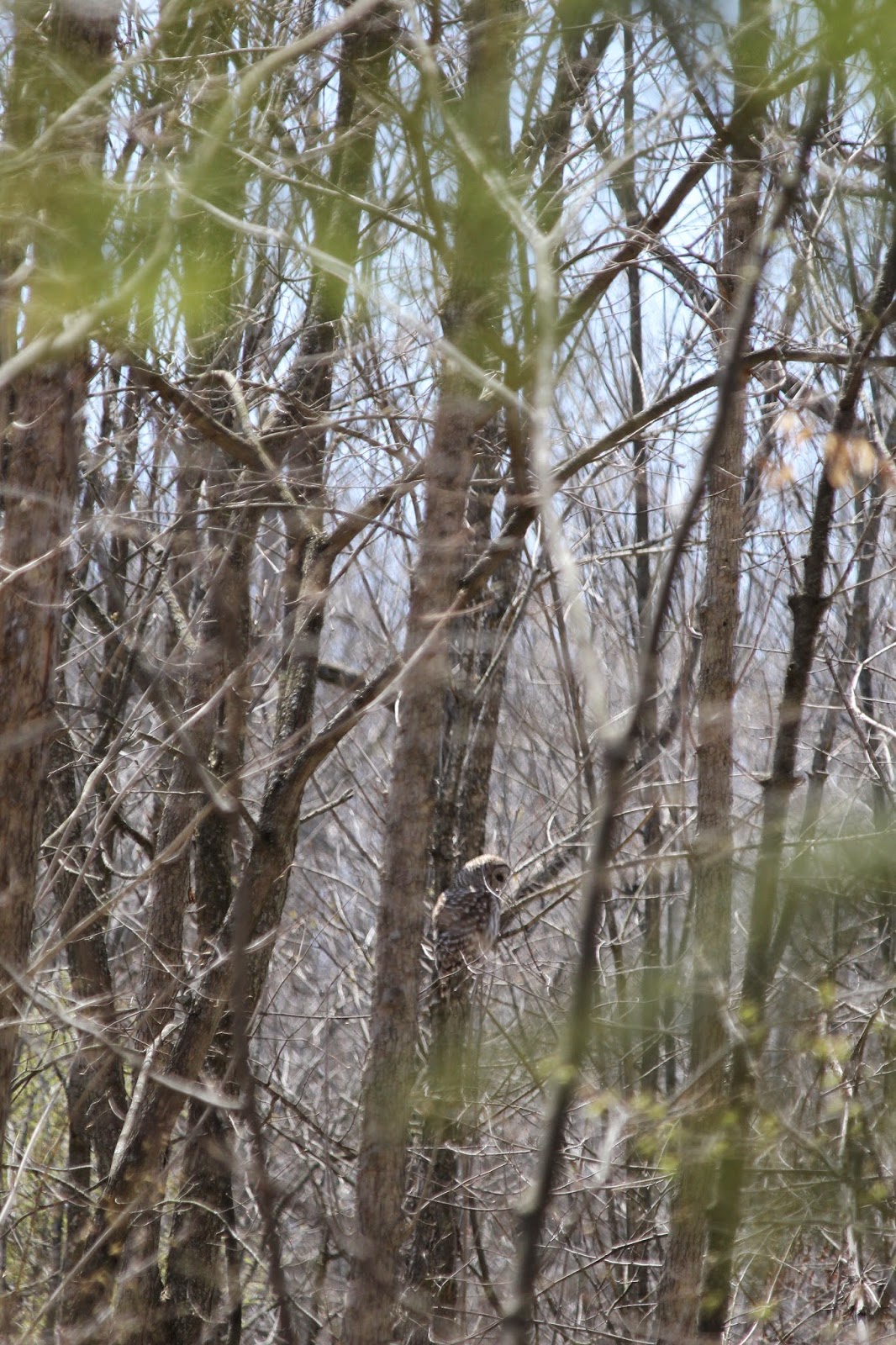 This Barred Owl (Strix varia) flew up from the ground about 20 yards in front of me and landed in a tree further in the wetland.  I took a moment to change lenses on my camera and started walking closer. 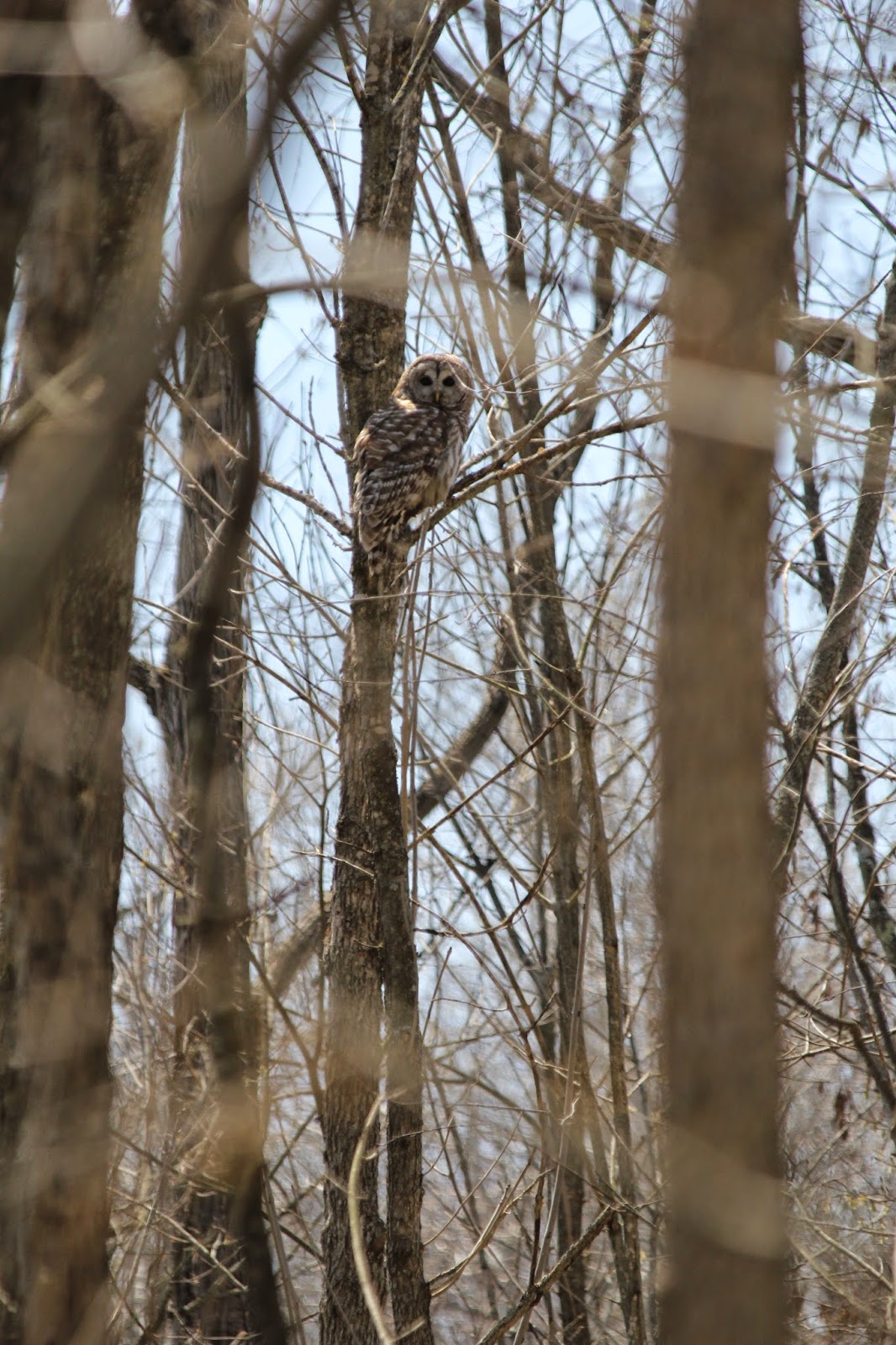 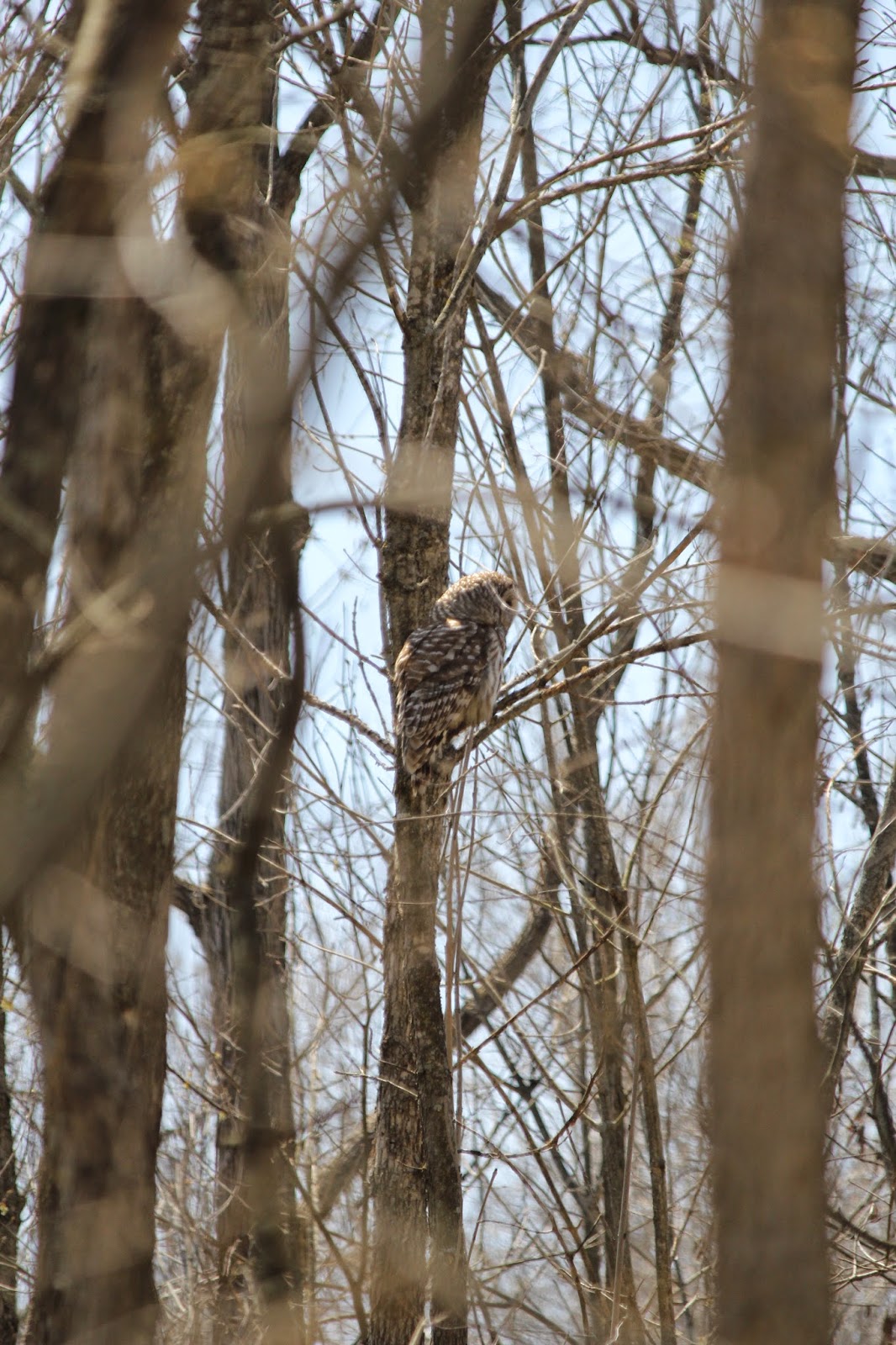 After a couple of minutes the owl flew into an Eastern Hemlock (Tsuga canadensis) tree on a nearby slope.  I took a couple more photographs before the owl again flew further away. 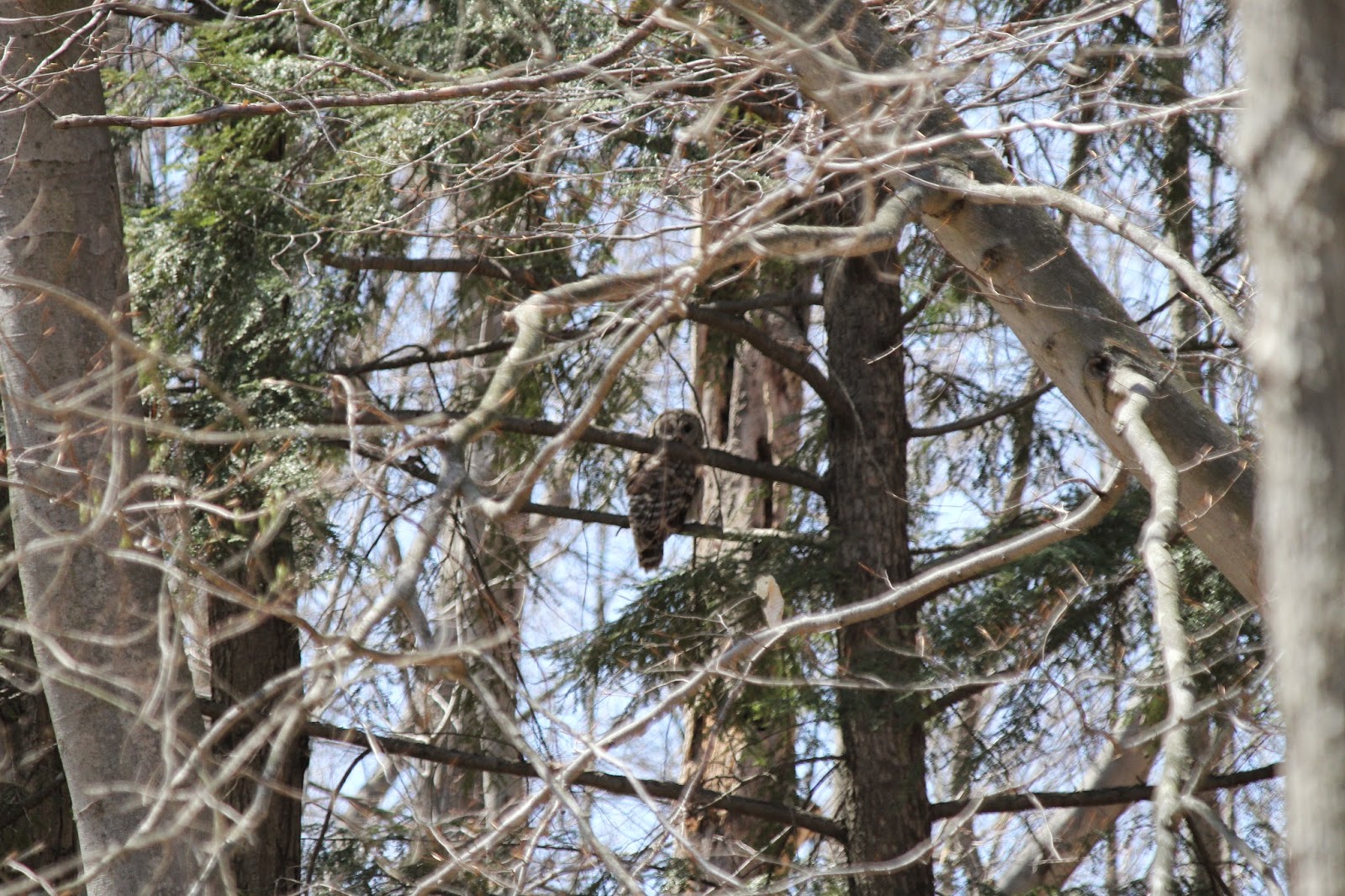 At this point I walked up the slope, not expecting to see the owl again.  I took one further look around and the owl was tucked in another nearby hemlock tree.  I was able to take one last picture before it flew back down onto the wetlands and disappeared. 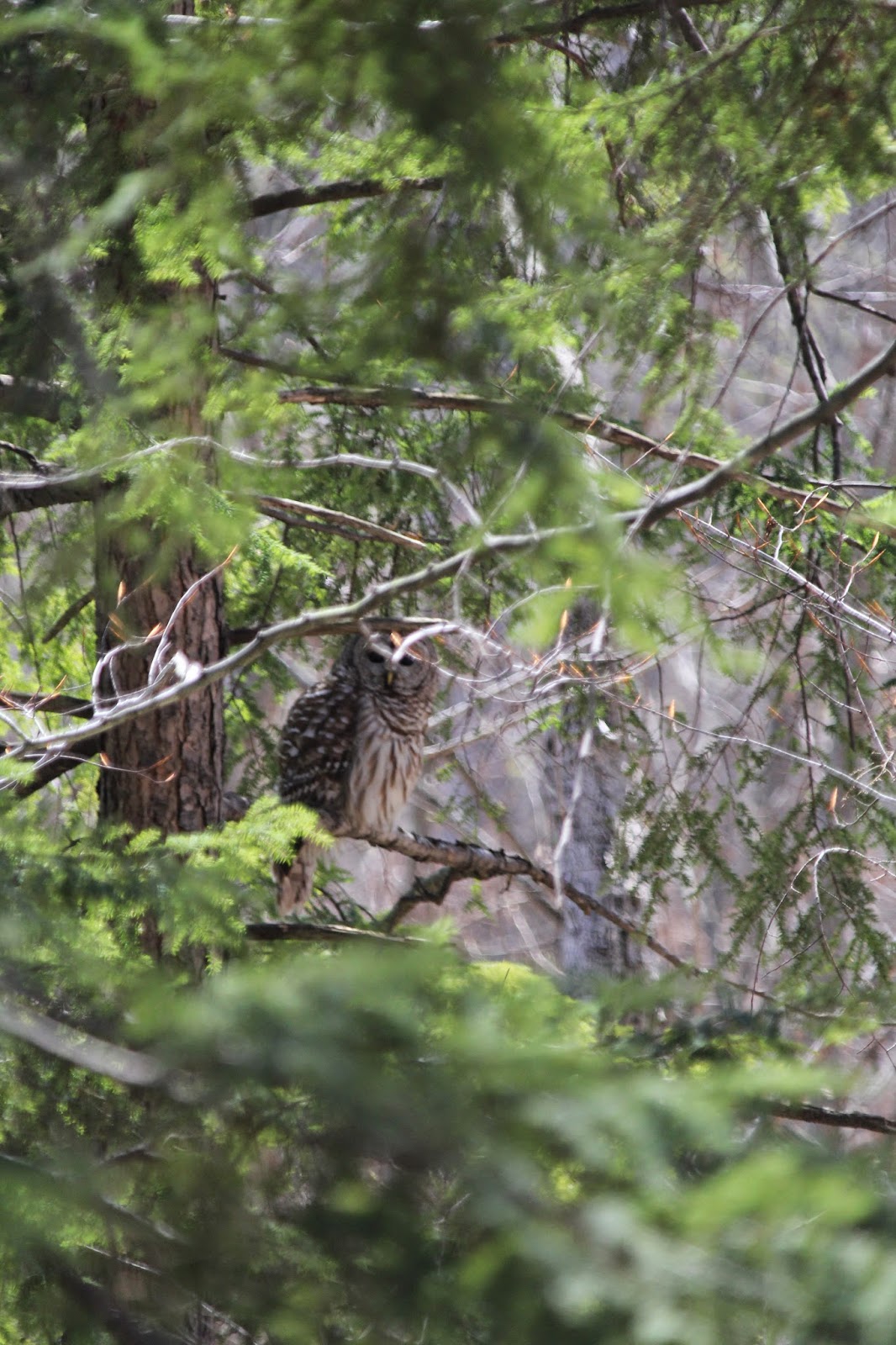 Seeing a Barred Owl in the middle of the day is not that unusual.  They commonly hunt during daylight hours.  This is actually the second time that I have seen a barred owl in this location.
Posted by Mike.LeValley at 4:35 AM