This afternoon as I returned to the office from a school program a Red-tailed Hawk (Buteo Jamaicensis) landed on the utility pole closest to the building and began to preen itself. 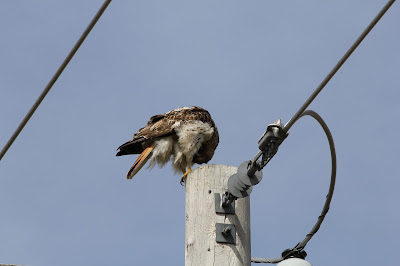 What is preening and why do birds do it? 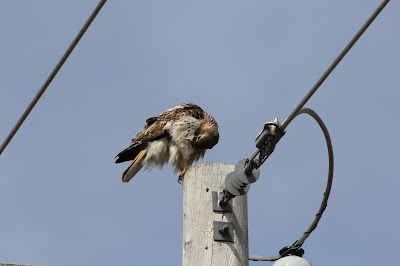 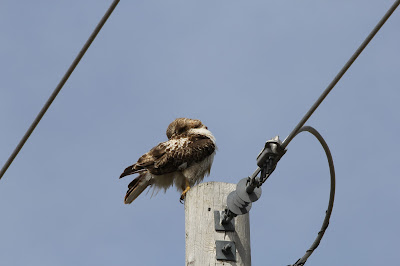 The uropygial gland is located at the base of the tail and requires a bit of contortion to reach. 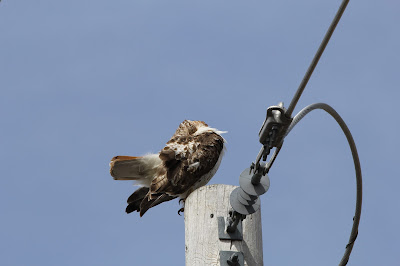 The whole process of preening seems to require a lot of awkward posing, but without clean feathers a bird would have a hard time flying, staying warm and dry, and staying healthy.  Besides, preening probably just feels good to birds.  It's sort of like scratching an itch! 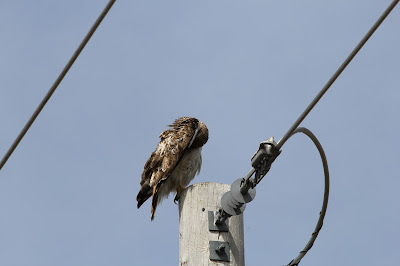 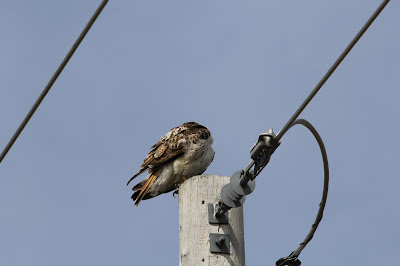 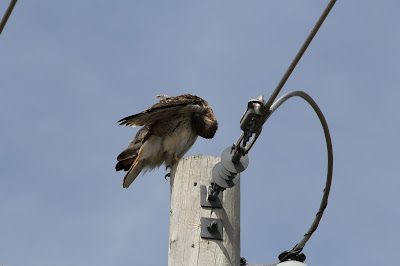 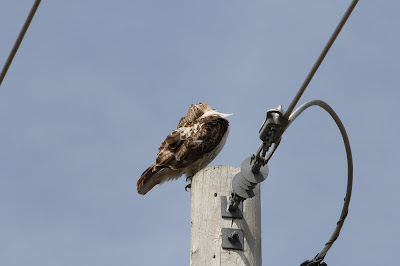 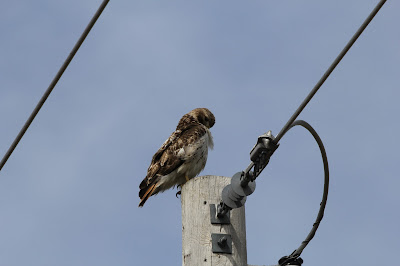 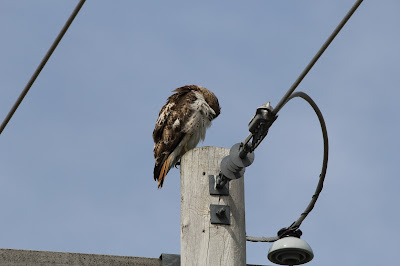 As a bird preens it will often shake its feathers vigorously before settling them back into place. 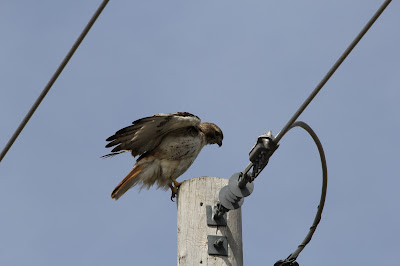 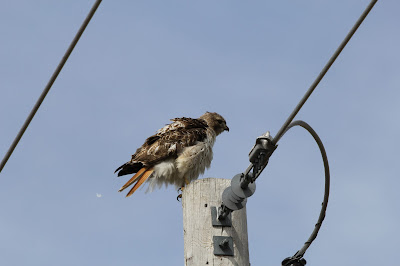 This hawk stayed on the utility pole for more than five minutes preening before taking flight.  Within a minute of taking flight it was joined in the air by its mate.  This pair has a nest somewhere nearby - probably in one of several woods located within a half-mile of the District Office.  It is not unusual for me to see one or both of these birds several times each day.  It is rare for me to see one perched for so long.  Usually when one perches nearby it attracts the attention of crows or smaller birds that will mob it until it leaves the area.
Posted by Mike.LeValley at 5:59 PM