I stopped at Forest Hill Nature Area again today a took a walk on the north side of the property.  I found lots of interesting things, including several firsts for the year, but the best sight of the day was something that I saw on the way home.

I found a heron rookery just down the road - about 1.5 miles south of Forest Hill. The rookery is visible from both Rich Road and Jefferson Road. 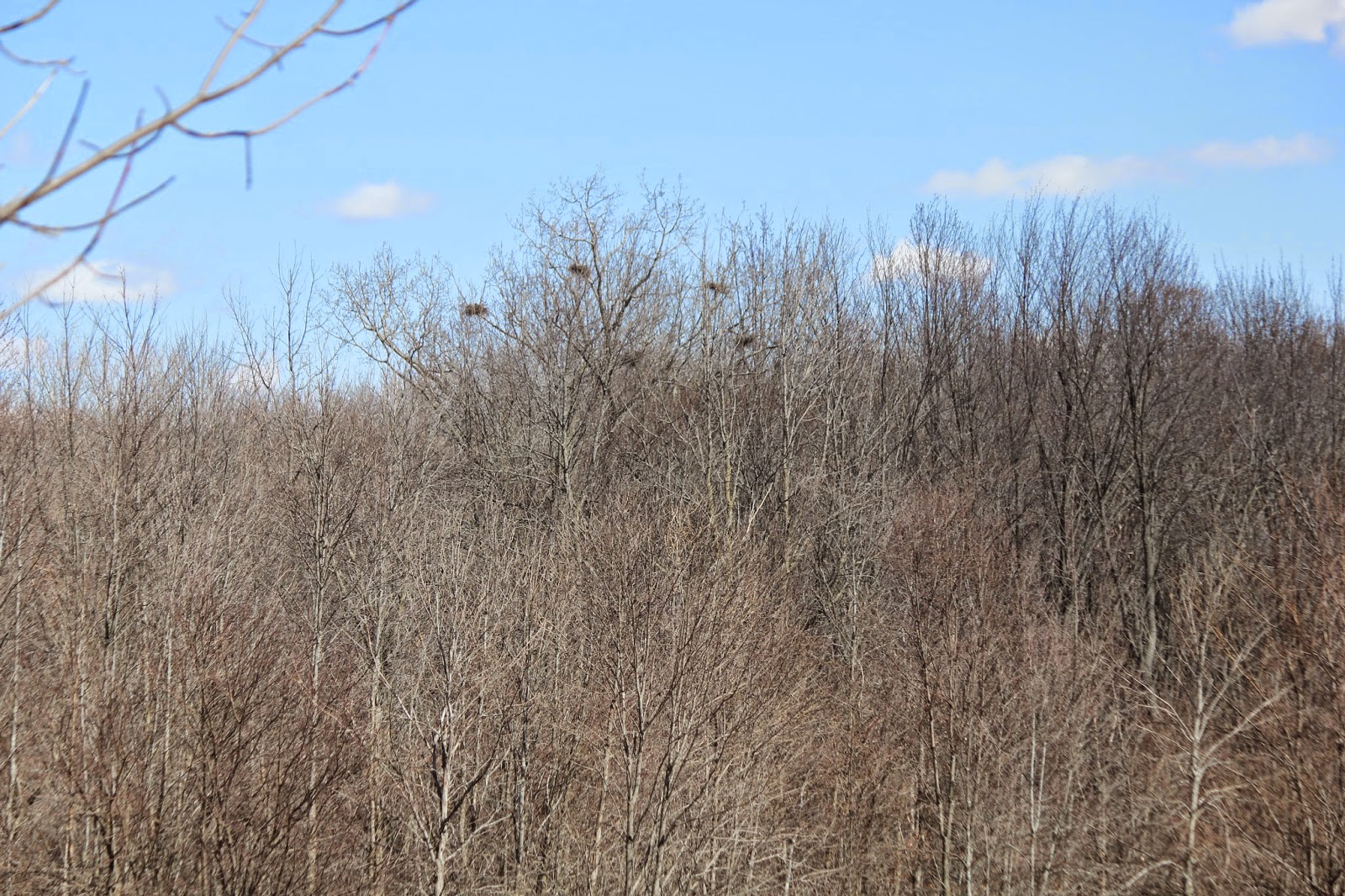 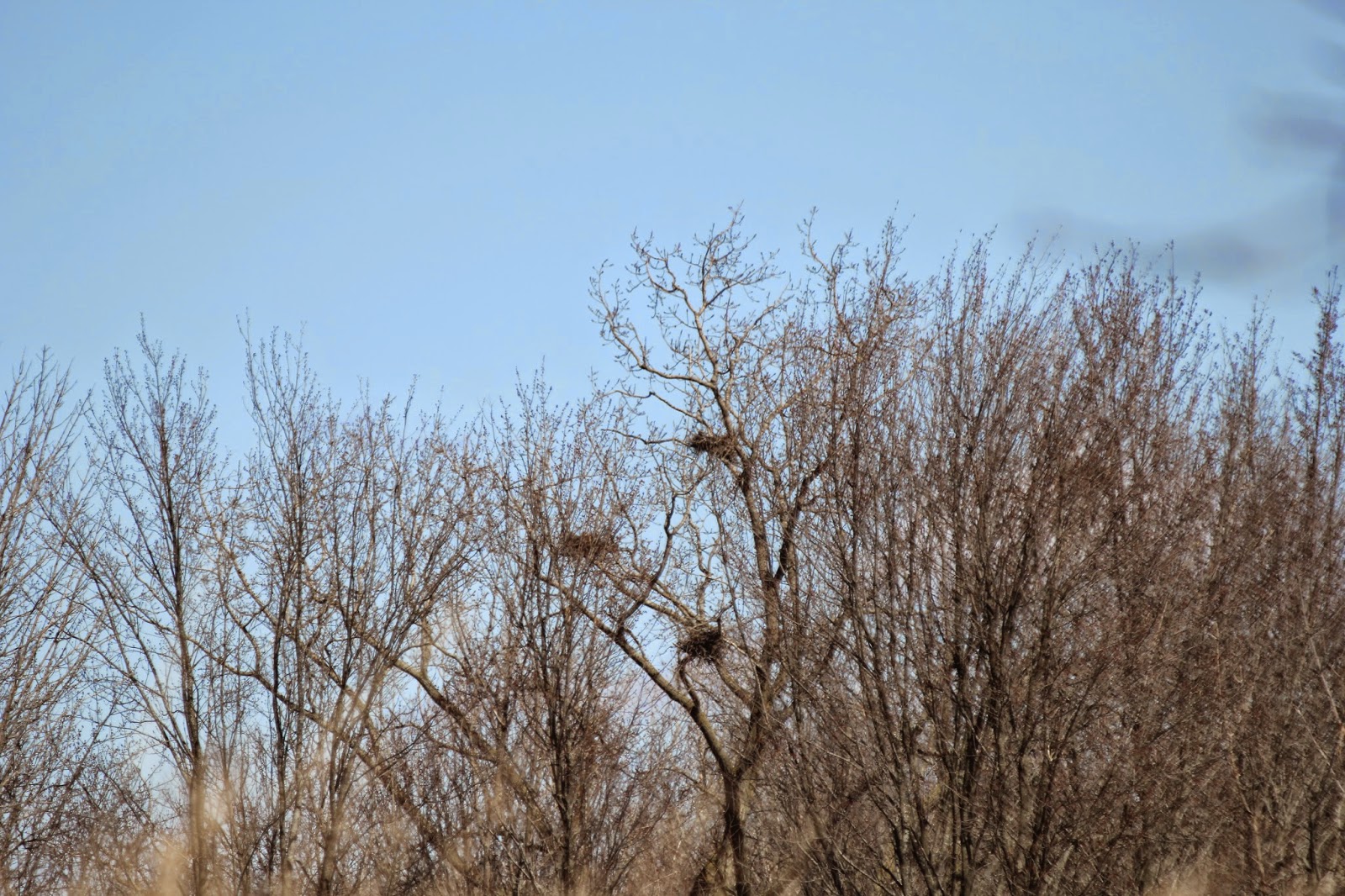 When I approached from the north I could see several Great Blue Herons (Ardea herodias) circling around the rookery.  Four of those herons landed in a field immediately to the west of the rookery. 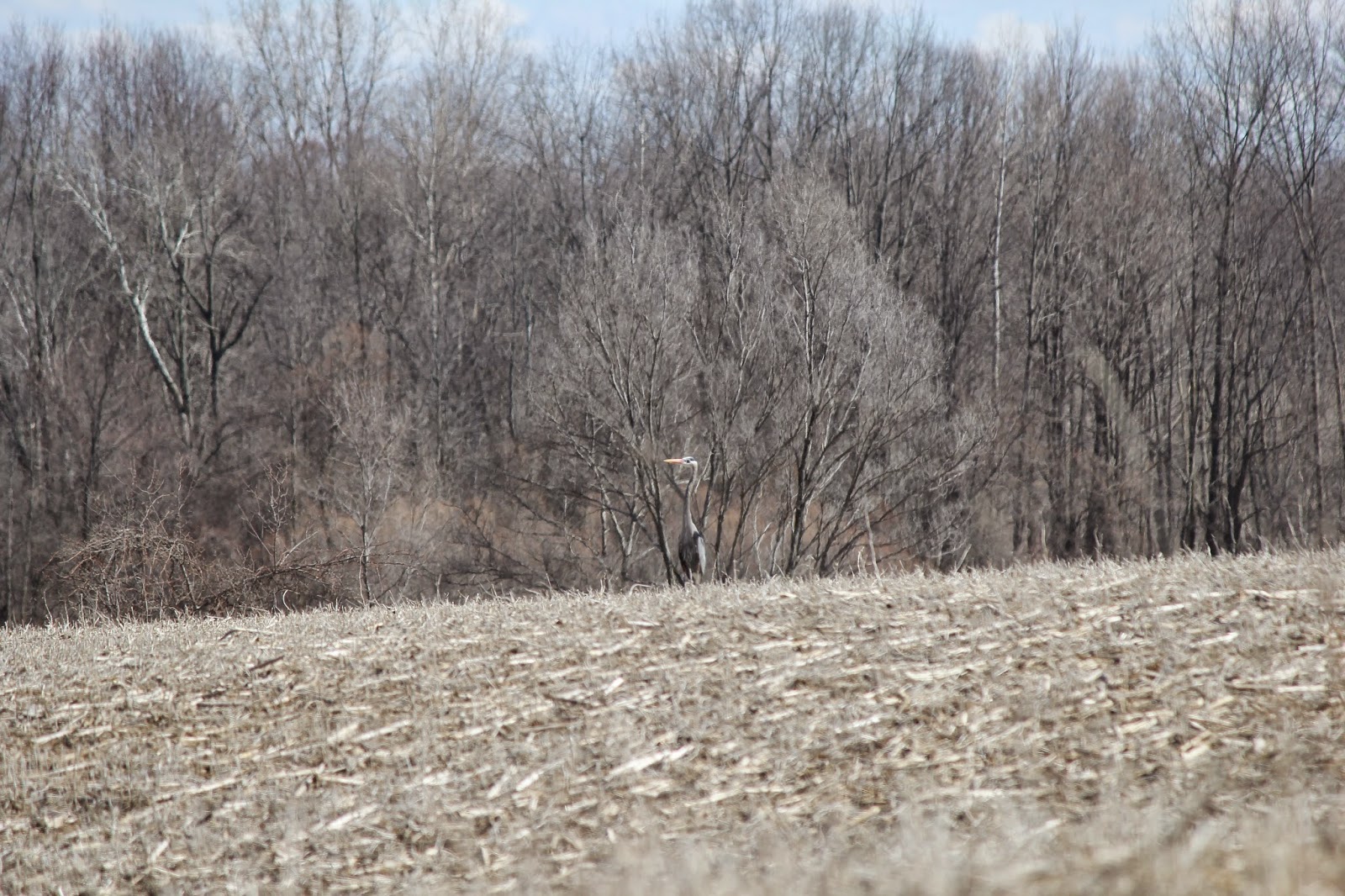 Of the four herons, I was able to get three of them in a photograph. 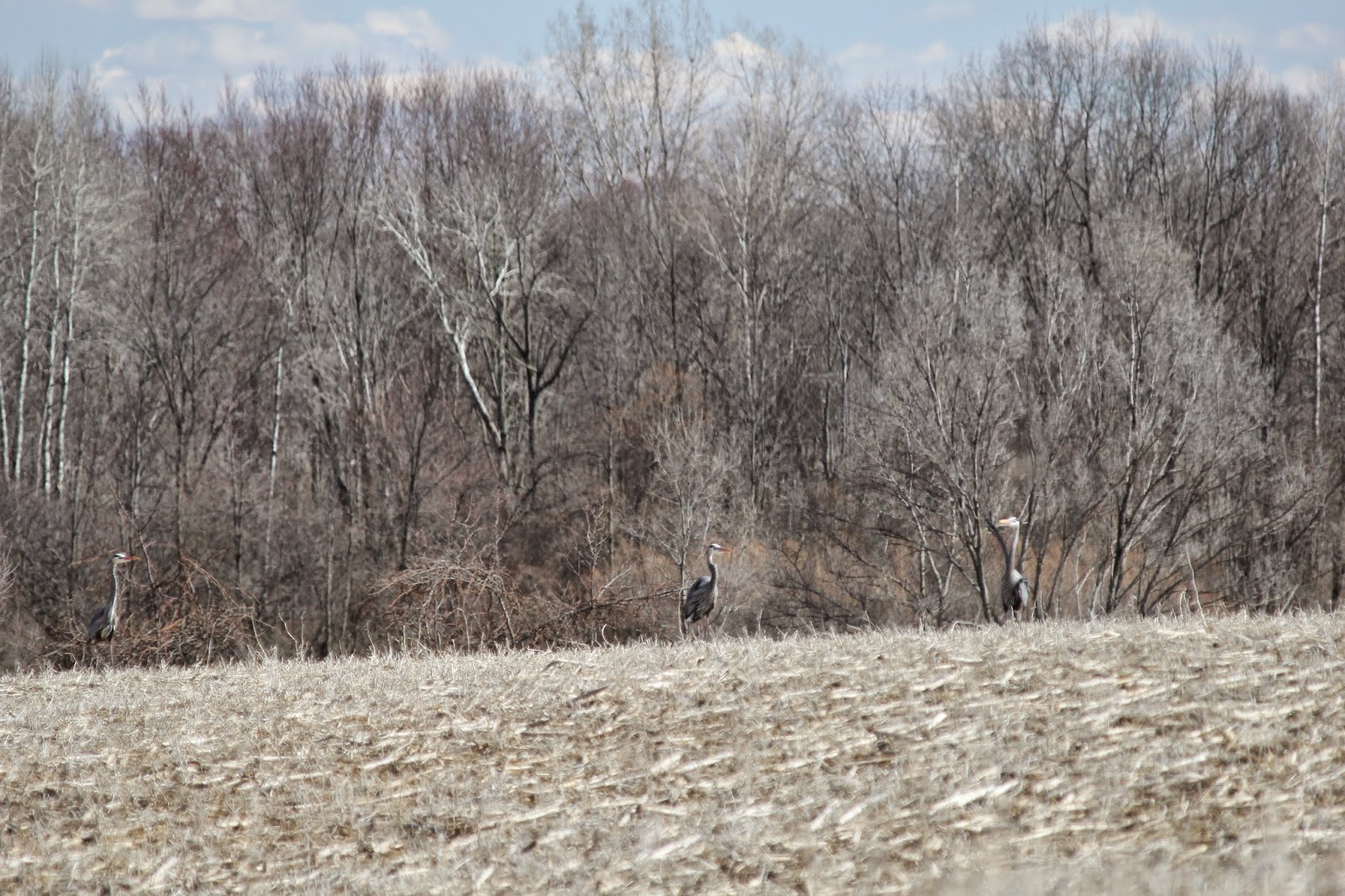 Posted by Mike.LeValley at 2:47 PM