This is installment five of my Days of Summer photography project.  (Click here to view the photos from part four.)  The intent of this project is to get outdoors everyday to photograph something in nature and to pick a single image to represent each day of the summer from the Summer Solstice (21 June 2018) to the Fall Equinox (22 September 2018).  Five weeks into summer, this has been a very rewarding project.  It takes time, but I think I am producing some of my best photography ever.  I am definitely learning more about my camera and lenses. 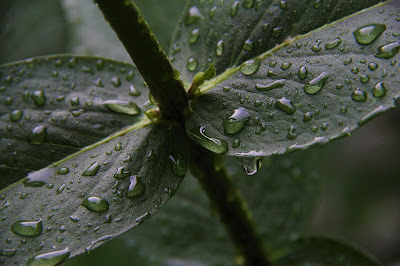 This image a raindrops on a Rosinweed (Silphium integrifolium) was photographed at home in our native pollinator garden during a lull between rain showers. 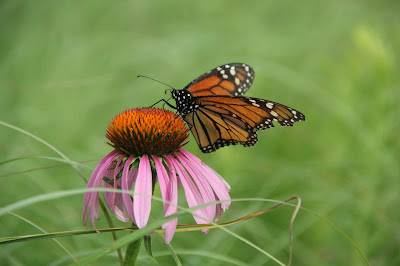 This photograph was taken at Forest Hill Nature Area during a very windy afternoon.  At one point this Monarch Butterfly (Danaus plexippus) nearly blew off the top of this Purple Coneflower (Echinacea purperea).  Despite the wind, this was a great day for pollinator photography.  I was able to photograph five butterfly species, a couple moths, numerous bees, and several wasp species.  Picking a single image for the day was difficult, but I like the position of the butterfly facing into the wind and the grass blades blowing in from the left of the picture. 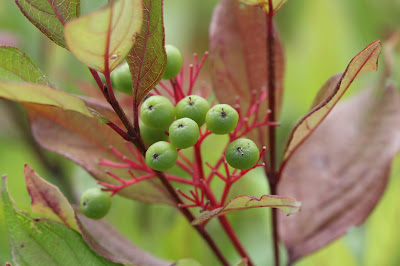 This picture of Red-osier Dogwood (Cornus sericea) berries and leaves was also taken at Forest Hill Nature Area.  Many of the dogwood leaves were already changing color.  This is not necessarily a sign of fall, but a sign of stress such as too little rain. 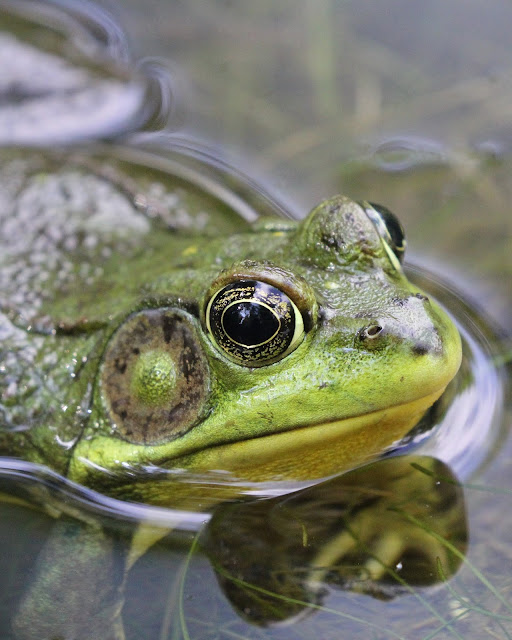 This picture was taken at Chipp-A-Waters Park in Mt. Pleasant.  I heard several Green Frogs (Lithobates clamitans) calling from a small wetland area near the back of the park.  Most of the frogs dove into the pond when I approached but this one let me approach to about five or six feet.  This image has been cropped from a horizontal to a vertical image. 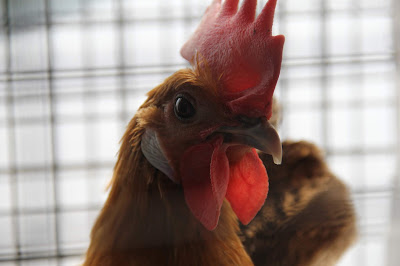 This image and the next one were actually taken indoors.  I spent much of last week at the Isabella County Fair.  County fairs are an integral part of summer across much of the United States.  This rooster was one of the many animals entered in the fair by 4H members.

If you understand the title of this image, bonus points for you!  If you don't... 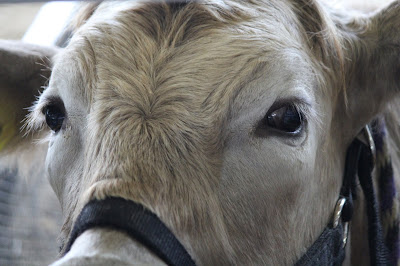 Another image from the Isabella County Fair.  Raising beef cattle is one of the most popular projects for 4H members in the area.  It quite something to watch a nine or ten year old kid weighing maybe 100 pounds walk a full grown steer around the arena and present it for judging.  I photographed the Charolais steer  in the beef cattle barn as it stared at me from its stall. 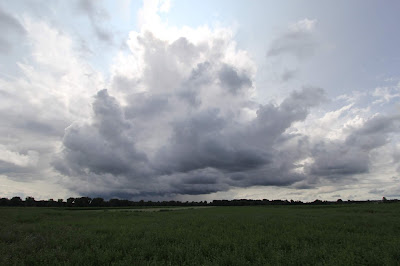 The final picture of the week was photographed in southern Isabella County on my way home from work.  I watched this storm approached from the west and raced to try to intersect it in a place where I could get a good image.  Don't worry, I never went above the speed limit - the gravel road that I was traveling on would not allow for speeds much above 30 mph in most sections.  I like this picture because of the contrast between the dark water laden bottom of the cloud and the sun shining through the top.
Posted by Mike.LeValley at 6:01 PM