The Days of Summer - Day Fifty-nine through Day Sixty-five

Here is installment nine of my Days of Summer photo project - I am trying to catch up, but I have been very busy with scheduling school program  I started this project on the Summer Solstice (21 June 2018) with a photo from a sunrise hike at the Chippewa Watershed Conservancy's Bundy Hill Preserve.  My plan is to photograph something every day until the Fall Equinox (22 September 2018) and share one image from each day.  I am currently in week ten of the project.  To see the previous installments click here. 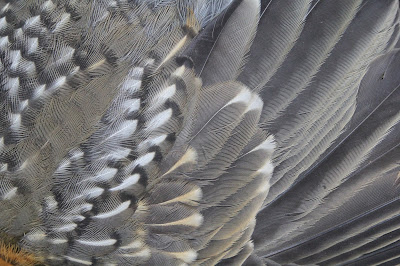 This image was photographed at my parent's home in Clinton County.  While searching for something to photograph, I found a dead American Robin lying on the ground on a mowed path through the woods.  This picture shows some of the feathers on its back and wings, with just a tiny bit of orange from its neck at the bottom left of the image. 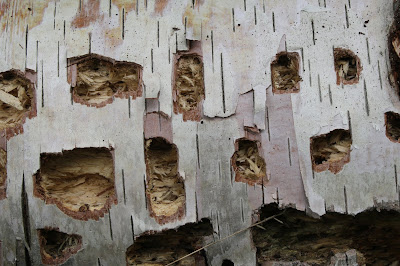 This picture was taken at the Chippewa Watershed Conservancy's Hall's Lake Natural Area during a stewardship outing.  I noticed this log while searching the woods for Autumn Olive (an invasive species) and went back to photograph it later.  These holes were probably originally created by a Yellow-bellied Sapsucker.  Now a Hairy Woodpecker was taking advantage of the easy access to search for insects in the rotting trunk. 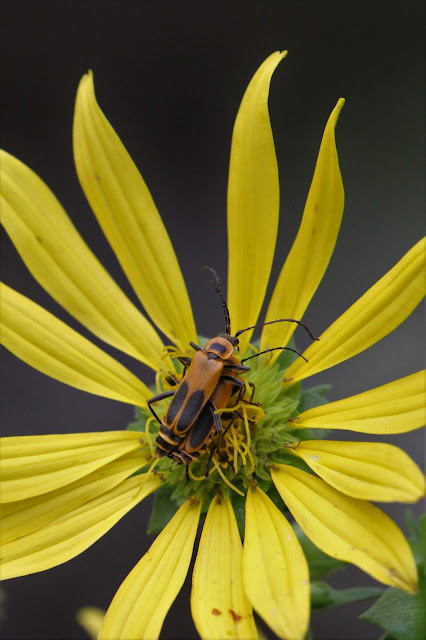 This image was taken in our home native pollinator garden.  At any given time (especially during late summer) I can find dozens pollinators in our garden.  This year, for the first time, I noticed an influx of Goldenrod Soldier Beetles.  This mating pair was crawling around on one of the Rosinweed plants.  This image has been cropped from a horizontal to a vertical format. 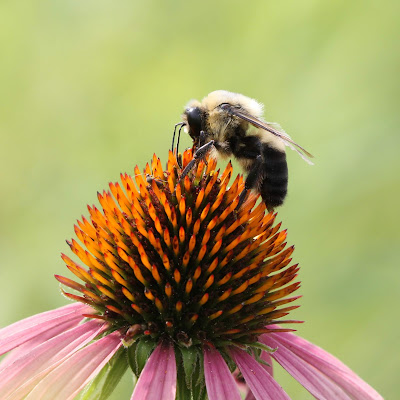 I love bees, especially bumble bees!  This image of a Common Eastern Bumble Bee (Bombus impatiens) was taken at the Forest Hill Nature Area.  I cropped the image to a square just because I thought it looked best in this format. 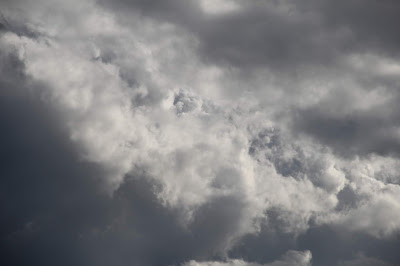 This picture was taken at Chipp-A-Waters Park in Mt. Pleasant late in the day.  This image reminds me of the froth created by waves crashing on a beach. 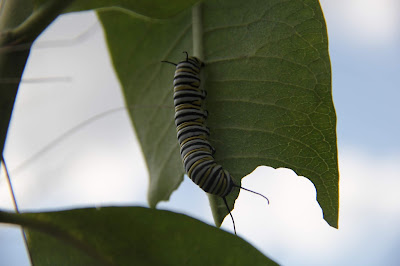 This Monarch (Danaus plexippus) on a Common Milkweed (Asclepias syriaca) was photographed in the field next to the Isabella Conservation District office.  On days that I spend a lot of time in the office, sometimes I just need to go outside for a few minutes. 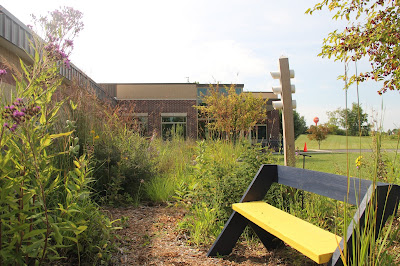 The Isabella Conservation District planted and currently helps maintain native pollinator gardens at two local schools and the Mt. Pleasant Discovery Museum.  With school starting, I spent a couple hours pulling weeds and moving "volunteer" plants from pathways at the Winn Elementary School Garden.  The Leopold bench in the picture was one of six constructed with students back in 2013.  They were all recently repainted in the school colors.