Last night during the Chippewa Watershed Conservancy's annual banquet, I was surprised to be honored as their 2016 Robert (Bob) Ball Award winner. 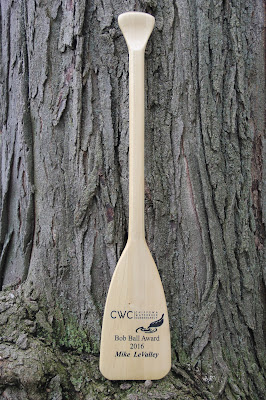 What is the Bob Ball Award?

The following comes directly from the Chippewa Watershed Conservancy website:

The Robert (Bob) Ball Award was created in 1996 to honor someone who has made a significant contribution to the Chippewa Watershed Conservancy’s purpose of protecting natural habitat and open space. The late Bob Ball was one of the founders of the CWC. He dedicated a large part of his life to promoting awareness and access to nature.

It's hard to know what to say when you are surprised by something like this.  In an email that I sent this morning to CWC Executive Director Stan Lilley, I expressed that I was both honored and humbled.  Honored because I know and respect many of the previous winners of this award for all that they have done and continue to do in the name of conservation.  Humbled because I often feel that I could be doing so much more (not just for the CWC, but in general).

I've got some ideas about what I want to do; I just need to put them forth..

Until then you can help the Chippewa Watershed Conservancy by helping them purchase the tallest point in Isabella County and turn it into their newest preserve.  To contribute please vist