Field Guides to Fungi and Lichen 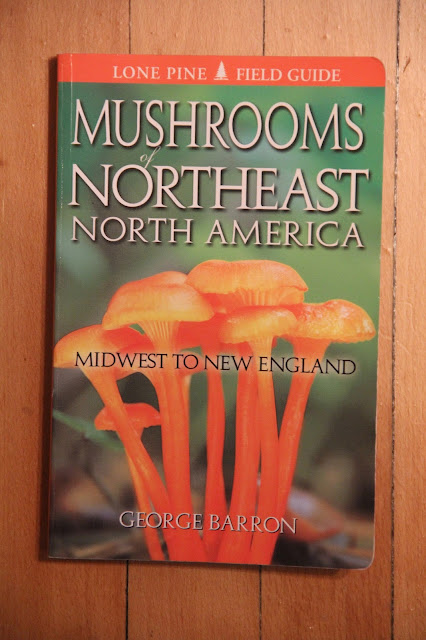 If you have already mastered wildflower identification, tracks are no longer a challenge, and insects identify themselves, you might be up for the challenge of identifying fungi.  I am not a mycologist (mushroom expert), but this is the best and easiest book that I have found so far.  It was originally published  by Lone Pine Publishing in 1999 and currently retails for around $25.  It is slightly too big to fit in a pocket, but I often carry it in my backpack with other commonly used guides.

This book does not try to be the single source for fungus, there are simply too many species to adequately cover in a single field guide.  It does however list over 600 of the common species found within the region.  The species listed in the book are logically organized by their common characteristics.  For example, tooth fungi are grouped together in a section, as are bracket fungi, jelly fungi, etc.. Some mushrooms are grouped together by the color of their spores. 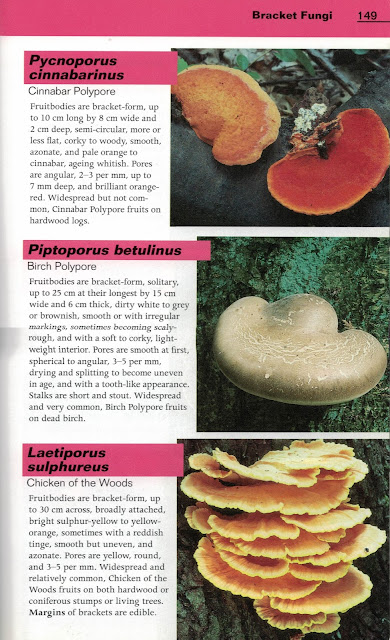 Each species in the book has a detailed description accompanied by a color photograph.  The descriptions in the book also mention the edibility/toxicity of species.  There is a separate section about that lists common easy-to-identify edible mushrooms and a companion section on toxicity.  A with any wild edible, I would always recommend consulting more than one source and making sure that you are 100% certain of your identification before consuming any food found in the wild. 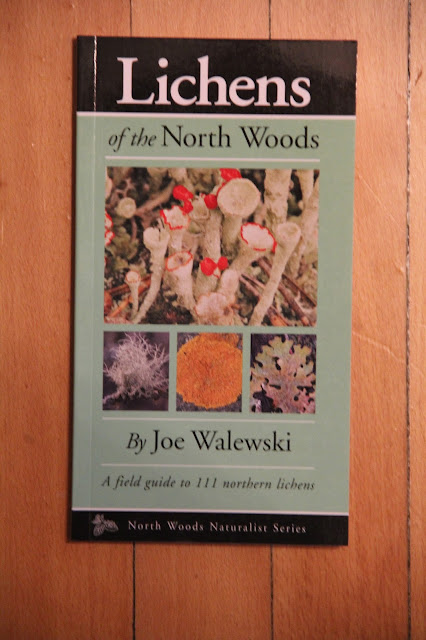 The last two field guides that I would recommend are sort of companions, both to each other and to the mushroom field guide listed above.  Lichens are something that I know very little about.  They are a symbiotic organism - a beneficial partnership between a fungus and a photosynthetic algae living together as one organism. 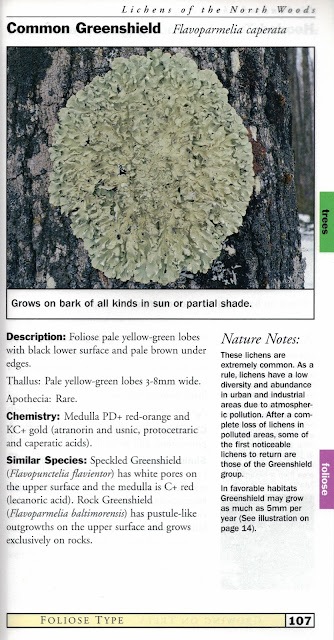 Lichens of the North Woods is one of a series of naturalist books published by Kollath+Stensaas Publishing.  Published in 2007, this guide includes photographs and descriptions of  111 lichen species that can be found in the Great lakes and Ontario.  I like how the book is divided into sections by the surface that the lichen grows on (soil, rocks, or trees).  Each section is further divided into subsections based on the growing pattern of the lichen (crustose - in close contact with the substrate, may look like spray paint; foliose - looks leafy, like "foliage"; fruticose - branching or shrublike, may stand erect or drape downward).   There is a good (approximately 20 page) introduction to lichens at the beginning of the book that is helpful for understanding lichen biology and the terms used in the descriptions.  The book currently sells for under $20.  I would recommend any book in this series for someone looking for a good regional guide for beginners. 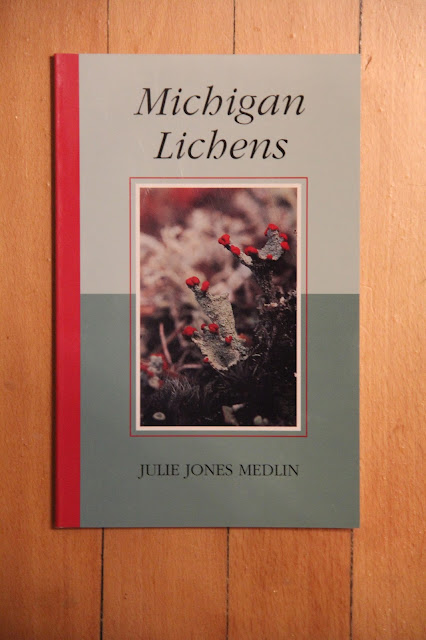 Published by the Cranbrook Institute of Science in 1996, this book focuses entirely on lichen species that can be found in Michigan.  This is the major reason that I would recommend this book - I like the limited scope of the book. 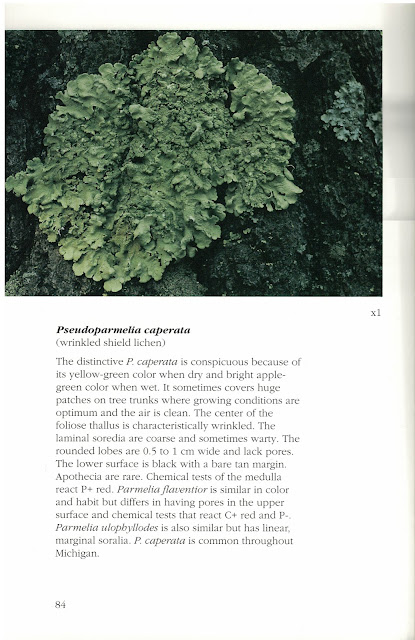 The book depicts over 80 species with descriptions and color photographs.  The species are arranged in alphabetical order by their scientific name so it is not as user-friendly as the previous book. Unfortunately some of the scientific names listed in the book are out of date, but this is a good starting point to understanding lichens.  The descriptions are easy to understand and the photographs clearly illustrate diagnostic features of the different species.  The best thing about this book is the price - a paperback version costs less than $10 and an electronic version can be downloaded for less than $5!  At these prices it is hard to pass up.

Posted by Mike.LeValley at 6:52 AM